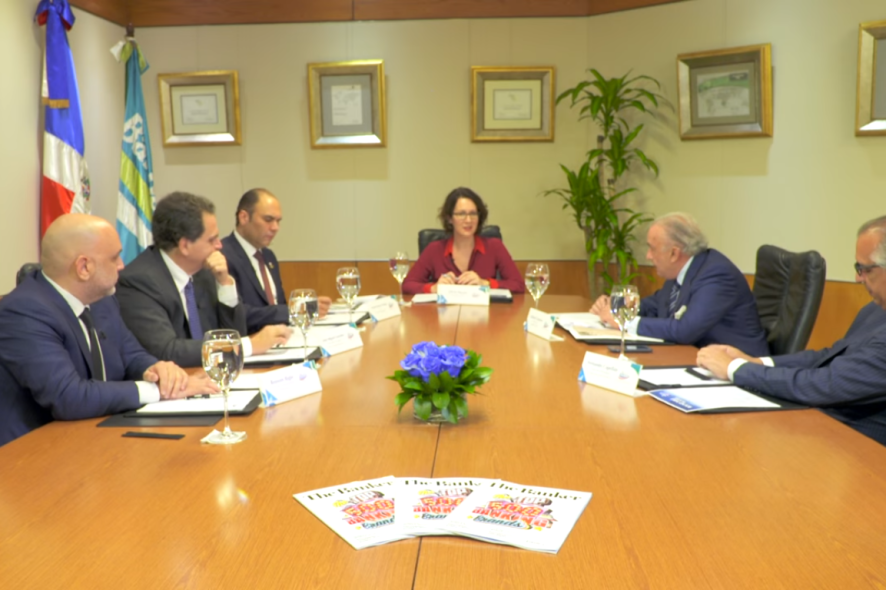 As part of the Inter-American Development Bank’s annual meeting, I had the opportunity to participate in a round table discussion organized by the prestigious British publication The Banker on the Dominican Republic’s growth in recent years and its plans for sustainable development.

Leading the discussion was the publication’s economic editor, Silvia Pavoni, with the participation of some of the country’s most important business leaders and policymakers, including Enrique Ramírez Paniagua, General Manager of the Reserve Bank; Fernando Capellán, President of Grupo M and CODEVI; José Miguel González Cuadra, President of CCN; and Reuven Bigio, CEO and Vice-Chairman of Grupo GB.

The main points of discussion included the current macroeconomic landscape, the relationship between development and social policy, the country’s importance as a tourist destination, its financial and banking systems, and direct foreign investment. Key takeaways are summarized in the latest edition of The Banker.

According to Silvia Pavoni, “The Dominican Republic is undoubtedly the current economic star of Latin America in terms of growth,” with its prosperous tourism industry, a revitalized mining sector and a healthy economy with solid investment levels all serving as catalysts for its development.

The Banker highlights a 7% growth in the country’s GDP in 2015, which was partly due to the country’s ability to control its budget deficits, among other factors.

Last February, Cisneros announced the start of construction on the Tropicalia Four Seasons, which will contribute to the positioning of the Dominican Republic as a point of reference in sustainable tourism. We are very excited to participate in the country’s continued growth and help drive its tourism development forward.