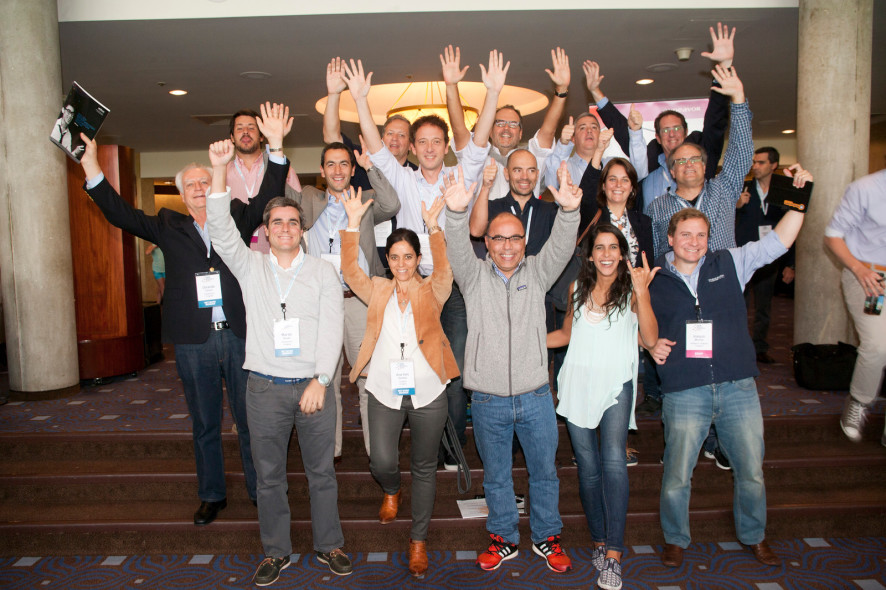 Endeavor is a nonprofit organization devoted to promoting high impact entrepreneurship. It currently supports 1000 entrepreneurs around the world. It began operations in September 2013 in Miami thanks to support from the Knight foundation where my daughter Adriana was invited to form part of the founding committee.

Since her incursion into Cisneros, Adriana has infused a great entrepreneurial spirit both inside and outside the company. She is conscious of the responsibility we have as business people to promote countries’ entrepreneurial development by getting young people involved, not only through financing but also by equipping them with the know-how they need to convert their ideas into powerful businesses.

This is why in December last year, in my capacity as an Endeavor Mentor, I had the honor of participating as a judge for the ISP (International Selection Panel). Alongside my counterparts Jocelyn Cortes-Young, Daniel Heise and Lisa Raggiri, as well as Board Members Maurice Ferré, Sean Wolfington, Andrés Moreno and Ernest Bachrach, I was able to meet and interview people with entrepreneurial projects from 15 countries who are participating in the rigorous process of becoming part of this global network.

During the 2014 ISP, 40 high impact entrepreneurs representing 22 companies were selected by the panel and were admitted as new Endeavor members.

A Spanish company that really caught my eye during one of the group of presentations where I was involved, was Shazura (previously known as Shot & Shop). It is a software which plans to revolutionize the way we search for images on the internet. Its modern technology was developed by Sira Pérez de la Coba and transforms photos and videos into numbers. These numbers are then converted into data which means they are able to be compared with one another on the internet and facilitate searching.

In recent years at Cisneros Interactive, we have placed a lot of emphasis on developing digital companies that add value and we can see a lot of potential in Shazura to make the lives of many people easier. It is also an excellent opportunity for developing e-commerce. During its beginnings, this venture has already helped thousands of users to find clothes they like, based on just one pattern.

This is why I am pleased to share with you that alongside my daughter Adriana, Edgar Bronfman Jr. (Former Chairman and CEO of Warner Music Group) and Jordanian entrepreneur Walid Tahabsem, we have decided to support Sira to take use of his platform to the next level. This will be done with financing of US$1 million and will mean the company will very soon be able to set up in Silicon Valley.

At Cisneros, we are proud to be able to propel these kinds of innovative projects which contribute to making the web a more powerful business tool.

Here is an article with all of the information: Spanish Startup Wins Billionaire Backing for “Google of Images”.