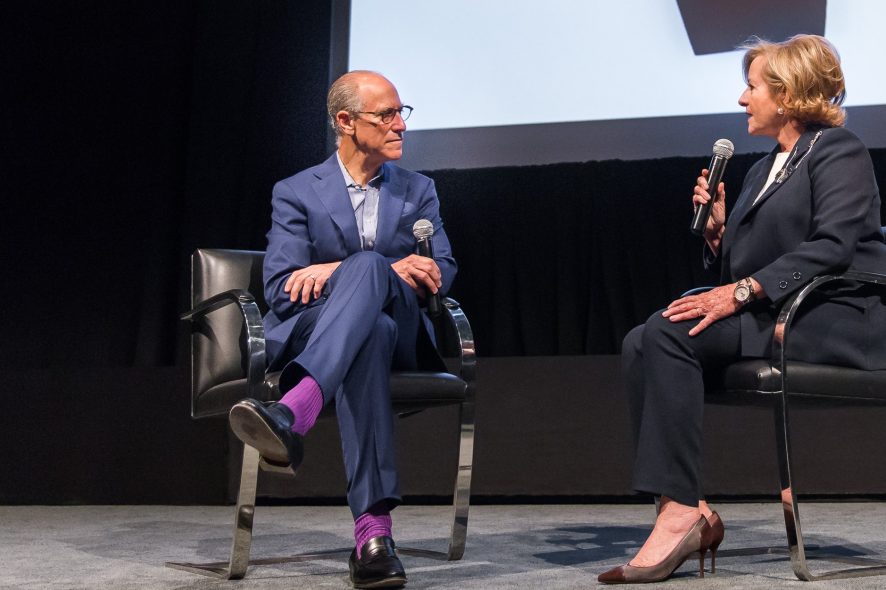 During the 90s, when my wife Patty and I founded the Patricia Phelps de Cisneros Collection (CPPC), we set out to promote Latin American cultural values. What began as a passion for collecting, also became a responsibility for sharing the diversity and sophistication of Latin American art through over 60 exhibitions and multiple loans to institutions around the globe. It has been hard but rewarding work, and the recognition has been tremendous.

After years of perseverance, the CPPC team is making history. Starting this week, 150 works of art that were part of this Collection will now belong to New York’s Museum of Modern Art (MoMA). This donation brings Latin America and its modern art to the world’s art stage, incorporating it into a global context and giving it the relevant role it plays in the universal history of art.

From now on, MoMA’s visitors will enjoy works by Jesús Soto, Geraldo de Barros, Hélio Oiticica, Waldemar Cordeiro, Juan Melé, Willys de Castro, Carlos Cruz-Diez, Tomás Maldonado, Lygia Clark, Gego, and Mira Schendel, among many other great artists at MoMA’s exhibitions. Likewise, by 2020, a great exhibition dedicated to these works will be on display at the museum’s new wing.

In an attempt to preserve and share these works and reach as many people as possible, the CPPC has built close relationships with institutions sharing its purpose to disseminate Latin American art. On this occasion, part of this knowledge is transferred to a museum such as MoMA, which is widely recognized and welcomes three million visitors per year, and 12 million online viewers.

Patty’s path with MoMA merged long before the foundation of the CPPC, since it was in 1981 that she joined the museum’s International Council. This relationship has grown increasingly stronger over time, to such a point that today we confidently entrust them with these 150 works of art and will establish a fund for the creation of research institute for Latin American art. Needless to say, this event is making Patty’s dreams come true; dreams that I fully share and support.

Together with my wife Patty, and my children Guillermo, Carolina and Adriana, as well as our great CPPC team, I celebrate such an extraordinary opportunity to raise public awareness about Latin America at MoMA through our greatest modern art representatives. Congratulations, everyone! Let’s keep working together on spreading art from our hemisphere in every possible scenario!

The CPPC Enters Its Fifth Decade of Building Bridges, Not Walls