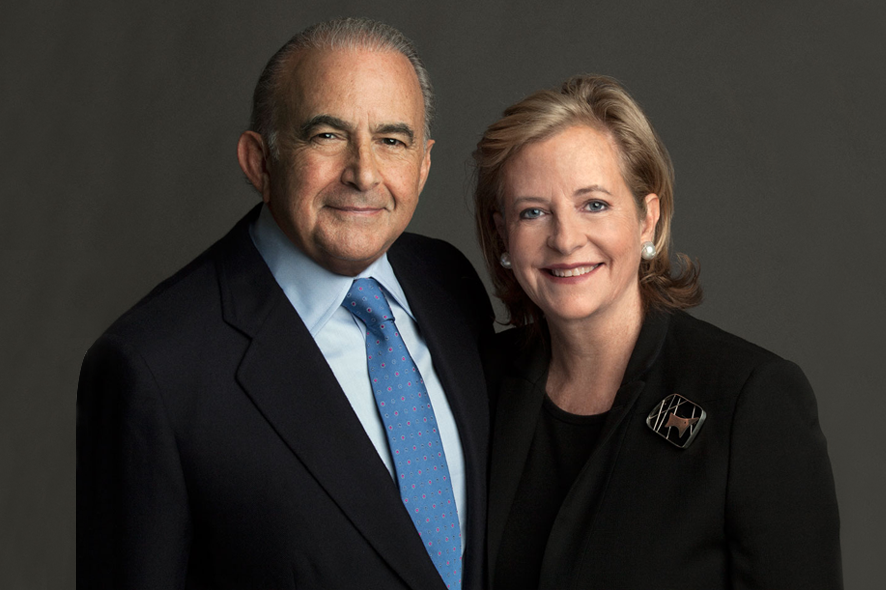 When Patty and I created the Colección Patricia Phelps de Cisneros (CPPC) four decades ago with the goal of increasing global knowledge and appreciation of Latin America’s rich contributions to art, we could not have imagined all of the wonderful partnerships, milestones, and memories that would result. We are looking forward to the next chapters with great anticipation, as Patty describes in her text below. I hope you will take a moment to read her words about the exciting ventures in store for the CPPC.

I am very excited about the future of the CPPC. The collection’s mission to promote scholarship and appreciation of Latin American art hasn’t changed in the forty years since my husband Gustavo and I founded it, but as technology, circumstances, and opportunities have evolved and expanded, so have our approaches to fulfilling that mission. We have always dreamed big, but so many of the wonderful things that have happened, and are still in store—things that our daughter Adriana, President of the Fundación Cisneros, and her siblings, Carolina and Guillermo, will see unfold in their lifetimes—were unimaginable at the beginning of our journey.

Of course we haven’t accomplished our goals alone. We’ve been fortunate to have many collaborators, partners, and fellow-travelers along the way, and look forward to working with them well into the future. Other like-minded individuals and institutions have contributed much to the integration of Latin American art into the broader art discourse. The evidence of this can be seen in galleries, museums, art fairs, and auction houses across the globe. Sotheby’s, then Phillips both recently announced that due to the rising awareness of and demand for Latin American art they would no longer have separate sales for art from the region, but instead include those offerings in their contemporary and modern art catalogues.

Our website, undreamed-of in the early days, is a thought-provoking forum for art and ideas from Latin America, with new information, articles, opinions, and dispatches constantly appearing. We have a robust presence on social media, with a wide distribution of news and images concerning events and objects important to the collection and its counterparts (one of my favorites from our Instagram account may just be Orinoco Wednesdays, when objects from our collection of indigenous cultures are featured).

We continue to donate works of art from our collections—over 400 pieces from the modern, colonial, and contemporary collections in the past few years alone have been given to nine international museums and educational institutions—but have also made images of works in the CPPC available online on ArtStor. In addition, we are taking advantage of another platform unimaginable in the collection’s early days, and are preparing to donate 100 high-resolution images from our holding of works by traveler artists working in Latin America to Wikimedia Commons so that they are even more widely accessible. Stay tuned for more details!

Ever-newer technologies and platforms will no doubt appear, each with their particular opportunities. As those are invented, we look forward to considering how best to use them to showcase the richness of Latin American art and culture. In the meantime, we’re not neglecting the old tried-and-true methods; we are still developing programs, organizing exhibitions in partnership with institutions throughout the world, and publishing dispatches from those at the forefront of Latin American art and culture, both on our website and in print.

The CPPC’s five major areas of concentration—16th-19th century landscape paintings from traveler artists to Latin America; material culture from indigenous cultures in the Amazonas region; Latin American Colonial art and furniture; modernist art of Latin America, and contemporary art of the region—continue to be showcased in exhibitions and subject to scholarly research and writing.

—Current and upcoming shows include:

In addition to the exhibitions above, our current and upcoming initiatives include:

—The next title in our bilingual Conversaciones/Conversations book series will be Alfredo Jaar in conversation with Luis Enrique Pérez-Oramas, with other titles in production.

—As mentioned above, the Patricia Phelps de Cisneros Research Institute for the Study of Art from Latin America at MoMA is being planned. It will be located on MoMA’s midtown campus, and MoMA will soon be announcing the Institute’s Director, who will lead the way in generating colloquia, fellowships, publication and scholarly conferences.

Through these and other means—some in such early stages of planning that we can’t yet share them, and others yet to be imagined—the CPPC will continue to build bridges, not walls, as we enter a new decade of fulfilling our mission of advocacy for the art of Latin America.  We have come a long way, but we have much more to do! 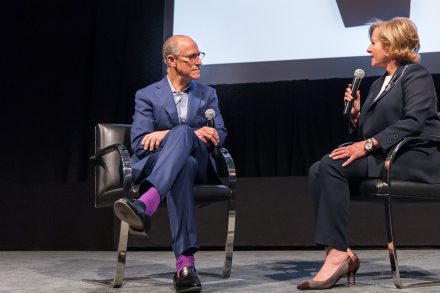 CPPC and MoMa: Latin-American art for the world